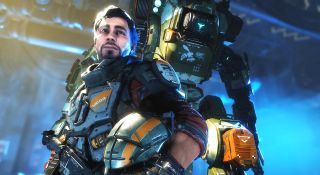 Respawn's official stance on Titanfall 3 continues to be that it is absolutely not a thing. "There's nothing there," said Respawn Entertainment community coordinator Jason Garza on a recent stream.

Garza was speaking in response to a community member's request for an update on the Titanfall series.

"Yeah, it's a game with a lot of mechs," he said. "It's an old one, back when Xbox [One] first launched. Don't get your hopes up, man. I've said this before, we just don't have anything in the works. There's nothing there. We've got too many other games in the works right now."

Garza's tone was one of somebody who's had to answer the same question for some time now, with Titanfall fans frequently asking what's next for the series since Apex Legends appears to have consumed much of Respawn's development resources.

The last thing we heard comes from a 2020 interview in which Respawn boss Vince Zampella told IGN that the studio wasn't working on a new Titanfall game, but that he would like to see the franchise return in some form someday.

In more recent weeks, Respawn has addressed server issues with Apex Legends. The original Titanfall has also been suffering from longstanding server issues. Respawn also released a patch that addressed a Titanfall 2 exploit that caused the game to crash.

As for what's filling Respawn's time, the studio is working on a brand new IP and another Star Wars single-player game, most likely Jedi: Fallen Order 2, which EA confirmed was the start of new franchise.