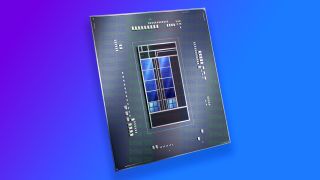 A series of images provided by Twitter user @hw_reveal  (via videocardz) allegedly shows Intel's Core i9-12900K processor breaking the 30k score barrier on Cinebench R23. We know that some qualification samples of the Alder Lake CPU have shown up and are being sold in China for over $1,000, not to mention partners are bound to be testing by now, so there is a chance that there may be some validity to these leaked images.

What's impressive about the 30,549 CPU multi-core score is that it appears the i9-12900K hasn't been tweaked, modified, or overclocked—as far as we know, anyway. It just passes the AMD Threadripper 2990WX's 30,054 Cinebench score and blows past a non-overclocked AMD Ryzen 9 5950X, which usually scores in the 28k ballpark. This is kind of a big deal considering the 5950X retails for $799: If last week's retail leaks prove correct, Intel's new flagship CPU will be selling for a lot less than that.

You can attribute the performance to Intel's hybrid bit.LITTLE design that combines Intel's high-performance CPU cores with its lower-spec silicon. Hence the 8+8 count because of eight big cores and eight smaller, more efficient ones.

We don't see any single-core CPU scores, though leakers claim it to be over 2,000, making it higher than any desktop CPU currently on the market. You can see how other CPUs would stack up against the i9-12900K

The motherboard used is a Gigabyte Z690 AORUS Ultra with PCI Express 5.0 and DDR5-5200 memory for more added context.

If true, this would be a massive boon to Intel; consider how underwhelming we found the

in our review earlier this year. We expect to see the first of these Alder Lake CPUs showing later this year but as early as October.

Jorge is a hardware writer from the enchanted lands of New Jersey. When he's not filling the office with the smell of Pop-Tarts, he's reviewing all sorts of gaming hardware from headsets to game pads. He's been covering games and tech for nearly ten years and has written for Dualshockers, WCCFtech, and Tom's Guide.