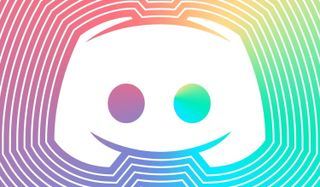 Less than a month after YouTube sent two popular music bots to the big digital scrapheap in the sky, Discord has reportedly begun testing official YouTube integration. The Verge says that the new feature, called Watch Together, is now available on a small number of Discord servers, and enables users to—as you might have guessed—watch YouTube videos together.

The feature was apparently in testing almost a year ago, but has been resurrected and given a new priority by Discord because of the bot shutdowns. It's designed specifically for YouTube: Discord users can create playlists by searching for or pasting in links, and there's also an option to let other members control the video playback. And since there's plenty of music on YouTube, you can use it in a fashion similar to the Groovy and Rythm bots, although you may have to deal with ads blasting through the experience now and then.

Discord's YouTube integration is reportedly only available on a very limited number of servers, but the report says testing is expected to broaden over the next few weeks and Discord hopes to open it up to everyone by the end of October. Discord unfortunately isn't saying anything official about it at this point.

"As a company founded on innovation, we’re always experimenting and building things we believe our users will enjoy," a Discord spokesperson said in an email to PC Gamer. "We don’t have anything more to share right now, but stay tuned."

We'll keep you posted. In the meantime, we would once again urge you to please enjoy Discord while it's still good.

Andy has been gaming on PCs from the very beginning, starting as a youngster with text adventures and primitive action games on a cassette-based TRS80. From there he graduated to the glory days of Sierra Online adventures and Microprose sims, ran a local BBS, learned how to build PCs, and developed a longstanding love of RPGs, immersive sims, and shooters. He began writing videogame news in 2007 for The Escapist and somehow managed to avoid getting fired until 2014, when he joined the storied ranks of PC Gamer. He covers all aspects of the industry, from new game announcements and patch notes to legal disputes, Twitch beefs, esports, and Henry Cavill. Lots of Henry Cavill.